Xylitol is a substitute for sugar that is extremely toxic to dogs. Just a small amount can be enough to kill a dog. Xylitol can be used in toothpaste, mouthwash, sugar-free sweets and even peanut butter. Its worth checking any products that say “sugar free” or “no added sugar” as these often contain xylitol.

With the new sugar tax coming into play soon manufactures will be using it more to lower costs.

There were over 250 cases of xylitol poisoning in 2016 alone just in the UK. Most of the reported cases were consuming chewing gum. 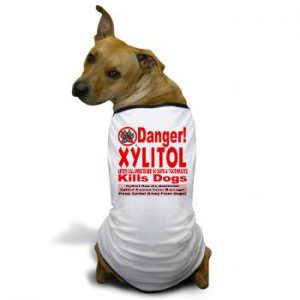 Many dogs will eat anything they find and have no idea whats safe, especially with man made substances. Ensure no packs of chewing gum are left lying around the home or kept anywhere that your dog can raid.

Doglys own dog has fallen victim to xylitol, a slight mishap in the kitchen and some was spilt on the floor. Bentley ran over had a couple of licks of the xylitol powder and then around 10 minutes later was unconscious on the kitchen floor. Bentley was lucky as hes quite a large build Cocker Spaniel (21kg) and didn’t have any long term damage. However a smaller dog probably wouldn’t have been so lucky.

What makes xylitol toxic to dogs?

When a dog ingests xylitol it will cause the dogs blood sugar level to crash dangerously low. This hypoglycemia is caused because the dogs pancreas thinks its real sugar and releases more insulin. This extra released insulin will end up removing all the sugar in the body leading to dangerously low blood sugar levels. Liver failure has also been recorded with xylitol ingestion but its not known why this can happen yet.

What quantity of xylitol is lethal to dogs?

Xylitol is used in different quantities in many products, so its difficult to put an actual amount forward. Small amounts of xylitol can do serious harm especially to smaller dogs. Its all down to the size of the dog and concentration of xylitol in the product. Small dogs have been known to get critically ill from one stick of sugar free chewing gum.

My dog has eaten xylitol what should I do?

If you know or think your dog has eaten xylitol they need to be taken to the vets straight away. Xylitol is absorbed into the bloodstream very very quickly. If the vet can control the blood sugar level drop in a relatively quick time the outlook will be good. Delays in getting to the vet can cause irreversible damage and increase the chances of a fatality. When you visit the vet make sure the packaging of the product is given to them.

Xylitol poisoning what to look for?

Signs of Xylitol poisoning can come on very quickly, never wait for symptoms to appear as they can sometimes be delayed. In most cases symptoms will appear within half an hour and can include:

How will the Vet treat xylitol poisoning?

If your dog gets to the vets fast enough then your vet may induce vomiting to get the product out of your dog’s stomach. After this, the vet may put your dog on a sugar drip to stabilise blood sugar levels and monitor for a couple of days. If the liver is damaged, its far more serious and will normally require specialist treatment. Costs for situations like this can soon start spiralling out of control and its important to have dog insurance. 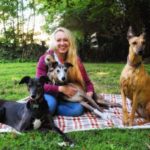 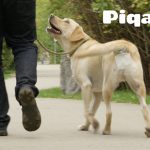 Dogly brings you the latest UK dog news from the world of dogs. Enjoy all the dog content that will make laugh, make you sad but make you love dogs even more. Articles to help you learn what makes dogs tick and how you can make sure they get a happy, healthy life

Dogly is a participant in the Amazon EU Associates Programme, an affiliate advertising programme designed to provide a means for sites to earn advertising fees by advertising and linking to Amazon.co.uk

Back to Top
Close